We received a wave of work from all corners of earth, all dealing with the dancing body (re)connecting to the land and (re)discovering nature, highlighting a homecoming, or reflecting on our distance and disconnect from the natural world as a species. Deepanwita Roy in many ways, represents this global movement in ROOM 2022.

In Green Moves, Roy brings us close to the nature around her in her home in Darjeeling, India.

Informed by the daily dealings and activities undertaken in her mother’s garden during the span of India’s second lockdown, her film is an intimate and dreamy reflection of place, relationship to earth and life, all shot by herself on her phone.

In her own words: “the connection towards the trees, plants and lives vs. the empty feelings when I am in the cities were the driving forces towards making this short dance film.”

Special Thanks: Michael Wall and  Ramala Roy (my mother) 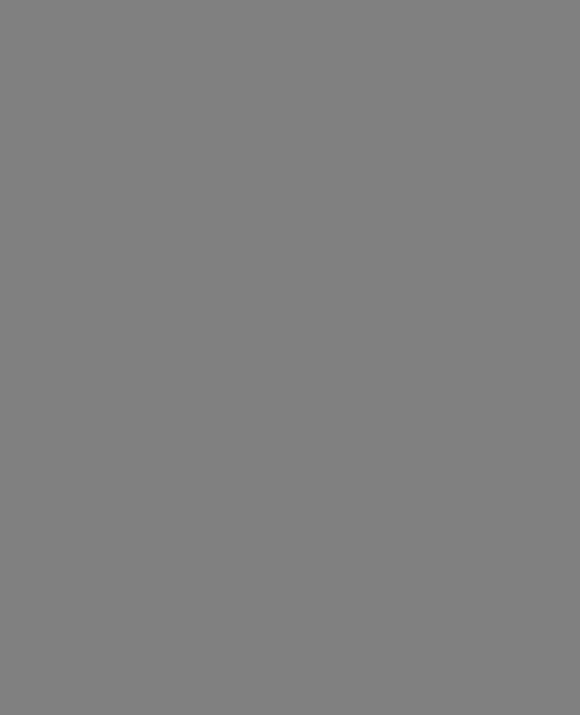 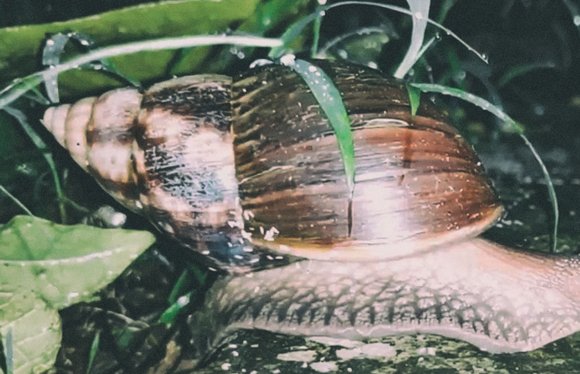 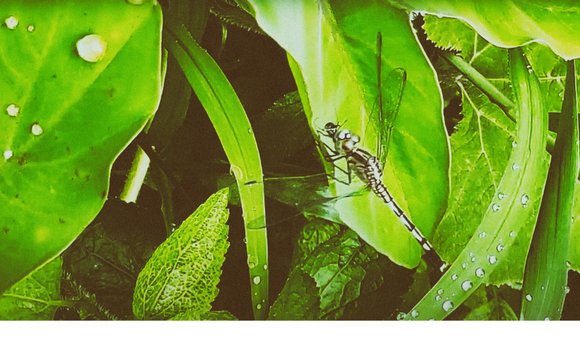 The natural world and the cities we’ve constructed are having very different effects on us and our communities. Where crowded cities seem to deprive us more and more of true connections, the natural world is an exquisite symbiotic performance of community, collaboration and life.  Here we discuss the relevance and importance of looking closer at nature and ourselves, through the dancing body and cycle of life, for a healthier world and relationships.

Where are you at the moment?

So right now I'm in West Bengal, it's called Darjeeling. And in that Darjeeling there's a place called Siliguri. And in Siliguri, there is a place called Matigara. So, it's Matigara, Siliguri, Darjeeling, West Bengal, India. It's my own house, native hometown. My parents, I’m in my parent’s house right now, I'm staying. Just outside there is the garden that, because my.. Even my mom and me especially are very much close to this garden, the trees and all these plants. So it's a small house, but still we, because there are plants and trees, we like to, we want to stay here.

I filmed all those things there. It was rainy season that time that I was filming. And of course, I didn't have any work. Most of us in India artists, as an artist, we didn't have work. So, I started working so much in the garden, growing plants, helping my mom during this and that. So, I was seeing all this, all these insects, birds coming.

What is your dance background?

My training, I started professionally in Attakkalari Center for Movement arts and Mixed Media, it is in Bangalore, and then I went on to GroundBreak. So I did 2018, 19 and 20 residences, in 20 when I got stuck there in Goa. Apart from that I did a choreography course - it was also in Bangalore. At Attakkalari itself I learned the various techniques of contemporary like release, Graham, then modern also Graham, all these things. And also there were Indian styles like Kalaripayattu, Indian ancient martial art that was. It's called Kalaripayattu. And I'm still am training in Kathak, it’s an Indian classical form.

Right now, I'm practicing a lot myself. So, Indian classical has a lot of strict discipline, they say “Guru shishya parampara” it’s like the teacher/disciple -relationship that used to go on for a long time. And it’s still there. The mind has opened a lot, but still there is a thing like teachers decide what the student will do, something like that. So it is very much strict. So, when I come in contact with contemporary after one year of practicing Kathak, it was, like, for me, it was freedom, actually. So I was like, Oh, I can do what...? I could also give some inputs into that style, like, “okay, I feel it this way, and I can do it this way”. And also like, in Kathak, the choreography is to come totally from the teacher. Whether it's suitable for my body or no, doesn't matter. The teacher is teaching, I have to do.  Contemporary give me a lot of freedom, a lot of voice, I would say, as a person. So the possibilities of contemporary and the discipline of Indian classical, were like, yeah, it gives me somewhere where - they intersect for me.

As a dancer, I felt good air, good water, good environment, like good food is very necessary for your body's nutrition. And if you don't know about it, then how can you take care of your own health plus the nature around you the environment around you? So I started thinking a lot about a space where I could have a lot of trees, work around the plants and whatever creatures are there that I can find. And the artistic, my dance practices that happens. Like, it will be like working in the garden, or a big place of nature, planting trees, growing food, taking care of creatures, like looking into the movement of the animals or whatever because a lot of birds come in the garden and it's so fascinating to see them, see those birds.

So I have really like… It's a quite a few years that I've have been dreaming of a place, an artistic place where the artist will work around, in whatever art they practice. Plus, they will work around with the plants, knowing the plants and growing food, growing trees, all these things. So it's still, yeah, I'm just keep dreaming about it.

The contrast between nature and city

I felt like, empty inside when I was in cities, mostly. Because I remember climbing a lot in the trees, and just playing around on the trees. And then yeah, I used to be working on, with the soil. I was digging and doing all those things, and I was dirty. Somehow it was, it was fulfilling to myself. And then when I went to the cities, for my studies, it was so monotonous. It was like going to the college, coming back. Going to the school, coming back. Eat, sleep. And even if you there have gardens, but it would mean city gardens that you see: it was beautifully decorated, which seems so unnatural sometimes. Like, what they have done to the trees, what they have done to the plant? It was like beautifully shaped. It doesn't look quite natural, because, I don't know, maybe in imperfectness there is some kind of perfect-ness, which, in the perfectness that was not being shown. And it was like a lot of pollution, mostly, I don't know, India was. I mean, the air pollution is happening a lot in India, which has been reduced due to lockdown, which is really great. But still, there was like, it was all the honking everything. I couldn't find the connection mostly. Though the works are there in the cities, still it was like, you want to come back to the place where there is peace, there is greens, where you can see. I mean, I feel that I want to plant the fruit myself with my hand and I want to eat. I want to get that freshly grown vegetables from the people that have around me and take them, share with them and eat. All these things were like fulfilling. But in the cities it was… even the food, fruits that were there, it didn't smell fresh, it didn't feel fresh. And it was, I felt like I was going, becoming unhealthy.

So yeah, Goa is a place in India, which is really, it has beaches and forest. So it was really paradise the residences that have done there. But still, there were like… I met many international and national artists from all over the world. And there I met people like, they didn't know, like somebody from France, she was telling that the fruits were always cut into cubes and trapped into plastic. And didn’t, they never seen the fruit as a whole. So they don't know what the shape of the fruit. So it was when I showed like “this is a mango tree”, they're like, “really, this is a mango tree”?! And it was like, a shock for me that they don't know. And also it happened even in, from India, some people were that didn't, they didn't know that rice plant is a plant, this plant is not a tree. They used to think that rice grows in trees. I don't know, I felt like we are part of the nature and it's really important that we should know all these things. Because if we don't know all these things, small, small things, then I don't know how can we help each other? We don't feel like empathy towards others. Like how the things are grown. We're just eating for the sake of eating but the process it's happening there in the field, we really don't know. So I never felt that much concerning in the cities that I felt in the nature.

So I documented with my phone, actually, I had no camera. And I, my system was not that great. I wanted to edit it myself. But it was like, my system was crashing every time. So I had to find an editor [ Pritha Kundu], who also had understanding about the movement.

The creation was really exciting. The process of creation was really exciting. And we were like, really, like, mostly I just wanted to share, like my dream, as I was also talking to her. Like, as you see, I was talking in the film itself, I was actually talking to her that, see, this is what I feel. This is actually, this my dream that I want, I want to show people so that people become curious about the things that we see around, like, what is this? What's happening there? What that small insect is doing? And they go question about it. And they go curious about in and go out and know about those small, small, things around them, and how to tackle this if they are good insects or bad insects, how they're helping us how they are not helping us. How to tackle these things, how to create a balance. So that was the kind of aim of that. If we really see very closely, everything is happening in a cycle. And also the snails that were coming out. Some of the snails were eating the plant, the leaves of the plant, but then the bird that comes, kind of quite this much big. And it eats, that bird eat those snails. So those things are the food for that bird. So it's very much necessary that the snail has to be in the nature for the bird to balance out everything. So yeah, all these things, all this observation made me think like whatever we are doing, even we human being also is part of the nature and we are just going in a cycle.